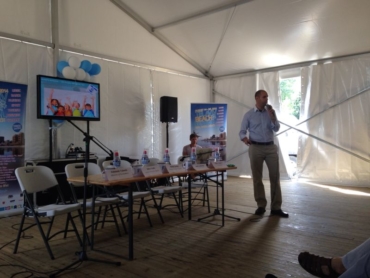 Bringing the Mountain to Mohammed

There is the age old saying of, “If you can’t bring Mohammed to the Mountain, bring the Mountain to Mohammed”. This is exactly what the Israel Embassy in Riga-Latvia, headed by the Her Excellency Hagit Ben-Yaakov, in cooperation with Riga’s leading start-up accelerator “TechHub”, did over a not-so-sunny weekend beginning of August.

Over the weekend of the 1st of August 2014, Riga turned into “Tel Aviv Beach” in a festival that will surely become a yearly calendar event in Riga and in additional European cities hoping to get a taste of the Israeli Startup Culture and adopt some of it into their startup atmospheres. The event, though planned long before the current conflict in the south of Israel, occurred during a difficult time for the country, where a lot of businesses had to put their activity on hold as their employees were called to reserve duty. It is events of this type that put Israel on the map, show Israel in a new light, create new relationships and improve existing ones with our partners around the globe.

Riga definitely “dressed up” as Tel Aviv for the event. From hosting the event on beach sand, having signposts showing Tel Aviv street names to bill-boarding up the city to publicize the event. Krypton Venture Capital’s fund manager, Moshe Sarfaty, as well as Eldars Loginovs of Fastr Books, represented the Israeli Hi-Tech Industry and provided the keynote speeches for the event. In addition to the “startup conference”, there were also events around joint economies and tourism, each with their own keynote speakers and events.

During the keynote address, Moshe Sarfaty presented Riga based startups with Krypton VC’s investment mechanism, unique in the Venture Capital ecosystem, which has already put a dent in the Israeli start-up industry.

The investment mechanism, based on Kryton VCs huge traffic base, was created in order to serve B-to-C based startups and their needs. Estimating the value of a B-to-C based startup is extremely difficult, leaving B-to-C based startups a high risk option for traditional venture capital funds. Krypton VCs unique approach, with its “Mass Intelligence Stage” allows for the fund and its potential investments to have a “trial run” to see how the start-ups and their products will perform in the real world. If all goes well during the test, then Krypton VC takes its pre-determined right for equity. If on the other hand the fund finds that there is no place yet for the start-up in the real world then no equity is taken, allowing the start-up and the fund to go their separate ways. A Win-Win for both parties.

The “Tel Aviv Beach” conference in Riga has already created a healthy list of potential investments from Latvia for Krypton Venture Capital, and has also inspired would-be CEOs in pursuing B-to-C based ideas. Now that there is a fund that attends to this need, entrepreneurs are no longer afraid to build the sexier B-to-C product that they dreamed of.

The event was organized with the help of TechHub Riga – the leading start-up incubator in Riga, which currently is host to a tens of start-ups and has already hosted a number of incubator sessions. In Moshe Sarfaty’s observation, “Latvia is just at the beginning of its journey towards a sustainable and great start-up ecosystem, and that is the most beautiful part of it. The correct push can give the best possible future. Let’s hope we do it right”. 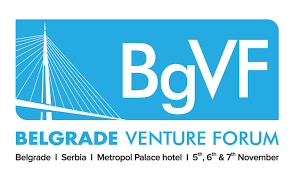